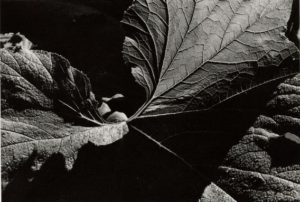 Steven was interested in astronomy and nature throughout his life and these themes are evident in many of his photos. As a kid, he spent many hours playing and studying nature in the wooded portion of his parents’ 160-acre farm and spent evenings looking at the stars through his telescope. When he took pictures of the stars through the telescope the drugstore didn’t print them because they said there was nothing there, just specks. That motivated him to ask the local photographer in nearby Harbor Beach, Michigan to teach him how to print his own pictures. That’s how it all began.

He was a professional photographer and a master photographic printer in custom photo labs from 1965-2013. Living in Albuquerque, he made negatives and printed silver gelatin prints of historic photographs for the Albuquerque Museum from their archives of glass and metal plates.

Wherever he lived he had photo studios and custom darkrooms. In addition to landscapes and cityscapes, he photographed people, invented sets and experimented with unusual lighting and mirrors for his own creations, photographed the work of internationally known artists, printed the work of many artist photographers and taught many people darkroom and studio skills. 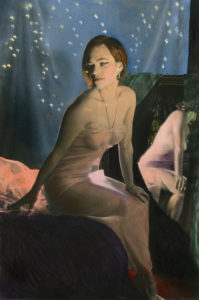 While living in Chicago during the 1960s Steven became very interested in the blues. He studied blues harmonica with Corky Siegel. Throughout his life he photographed people in the arts and the products of their performing or visual art. In addition, his work also included people, urban street shots, rural places, nature, abstract subjects, and mythology (image, left).

He is remembered for his compassion and patience, and how respectful and kind he was with the people he photographed, and how he was always willing to help both adults and teens learn the art of taking photos and the art and craft of the darkroom. He donated many hours of his time mentoring young people. He was a kind, thoughtful and gifted man.