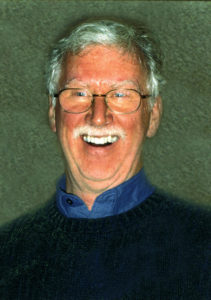 1950 -1962
• Lived on 160-acre farm that chemist father bought to do weekend farming. Dilapidated 1885 house fixed up by dad. Located 2+ miles from Port Hope, Michigan and 8 miles from Harbor Beach.
• Property had 100 acres of woods.
• Steven started taking black-and-white pictures through his telescope and color pictures in the woods.

1970-72
Returned to Chicago. Worked at ANRO Color Lab as a custom color printer and then at another color lab. Work was mainly for magazines. Was allowed to print his own work after hours. Met and married Paula Stern (also in the visual arts with friends in dance and music). Continued taking photo classes at Illinois Institute of Technology.

1979-2013
• Moved back to Albuquerque and became custom color printer for Kurt’s Camera Corral and Herkenhoff Engineering firm.
• Extensively photographed the Petroglyphs on the West side of Albuquerque. Two major shows featuring this work – Quail Plume Gallery and Albuquerque Public Library.
• Opened his own studio, “Central Photographic,” in 1985. Studio, Darkroom Services (custom black-and-white printing) and gallery. He also started an art co-op, rented darkrooms, mentored students, and taught classes. Did pro-bono work for non-profits, shot other artists’ work and printed other photographers’ work for them. Made negatives and printed historic photos from glass plates for the Albuquerque Museum. During this period he concentrated on portraiture and staged photographs.

2000 – 2013
• Worked in studio rather than on location.
• Moved Central Photographic to Adams north of Zuni. Custom Digital printer next door… so began experimenting with digital photographs.
• Portraits, Mythology, Homage to Artists, Nudes and Abstract Nudes during this period… and continued in that vein until his death in 2013.